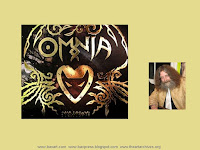 Have you ever wondered why someone takes on an alias? I can think of a myriad of reasons. There is one thing in common: all of these reasons are tied to the person who takes on this alias: his person, his personal life and his life within a community, and also aspects like tradition and ‘fashion’. The basic questions here are: ‘why’ and ‘why this specific alias’? Because the choice of an alias is always the choice of the person involved.

Let’s turn to the alias which Christian Emil Marie (Emil) Küpper (1883-1931) chose as an artist: Theo van Doesburg. He was one of the chief promoters of De Stijl and Dada. Van Doesburg also used other aliases in his life: I.K. Bonset and Aldo Camini. Until I researched his youth (in 1999-2000), no art historian had really questioned the personal reasons behind Emil Küpper’s choice of the alias ‘Theo van Doesburg’. His genealogy provided the only plausible answer. Moreover: family circumstances also gave rise to new hypotheses about, and possible answers to, why Emil Küpper had such explosive relationships with his fellow-artists.
Read more »
Email ThisBlogThis!Share to TwitterShare to FacebookShare to Pinterest
Labels: Agnita Feis, Alied Ottevanger, Bonset, Camini, genealogy, Küpper, Rijksdienst voor Kunsthistorische Documentatie, The Art Archives, Theo van Doesburg
Newer Posts Home
Subscribe to: Posts (Atom)