As a researcher I am inclined to return to subjects which have seen no satisfactory conclusion. These open ends keep nagging me and force me to revise the facts and search for new ones. Such is the case with Hilma af Klint. I wrote about her a couple of years ago, questioning some biographical facts of her life, her position within the group of The Five and her art production. Four of the women of The Five, all members of the Stockholm Lodge of the Theosophical Society, are supposed to have merely served the impressive output on esoteric art which made Hilma af Klint famous.

In this blog, cut into three parts, I want to present alternative views.

As with most of my research into theosophical artists around 1900, I start by revisiting the General Register of the Theosophical Society. The raw factual basis. This time I studied the Swedish members more extensively and in a more general sense – not in the narrow context of the five women. New information had made me more interested in the esoteric climate in which the The Five operated and in the events leading up to the formation of the group.

First of all my study of the General Register underscored the fact that – contrary what is published elsewhere; I’ll come back to the misinterpretations of the facts later – Hilma really never became a theosophist in 1888. The date she received her charter as a member is solidly dated 23 May 1904. I also want to stress here that all women of the Group of Five remained a member throughout their life. This seems to be an unimportant fact, but it isn’t. The General Register is filled with people who resigned, or were dropped because they hadn’t paid their contribution over one or more years, or who seceded when in 1895-1896 the Society split under the leadership of William Judge and Katherine Tingley. Those who stayed, can be seen as the ‘Adyar Branch hard-liners’.

The painter Piet Mondrian, pioneer of non-figurative abstraction, was such a case. Even though he tried to warm Rudolf Steiner, the leader of the seceded Anthroposophical Society in Dornach, to his ideas on Neo-Plasticism firmly rooted in modern theosophy, he remained a theosophist throughout his life and expressed it in that way too. Since art historians try to equal Af Klint to Mondrian as being pioneers of non-figurative abstraction at a comparative level, a parallel with Af Klint seems clear. But she even took Mondrian’s initiative towards Steiner further by actually residing in Dornach a couple of times – as a theosophist. And because of her Dornach visits the association between her art and anthroposophy seems more to be expected. The fact that her collection ended up in Järna, center of Swedish anthroposophy, seems to underscore this as well. A discussion of esoteric art is however not the road I want to take here.

I was discussing the Swedish members. According to the General Register, during the first 15 years the Swedish theosophical community developed very curious characteristics compared to other countries. To start with, the original application forms were sent to Adyar very late and in bulk. Apparently communication between Scandinavian lodges and the Headquarters in India were not that frequent. The first members received their membership authorization on 12 February 1889, which means that at that date they were registered in the General Register. A comment running along the approximately 150 names reads: ‘Not reported at time of entry and no papers before 1904’. This means that Sweden – then also including Norwegian and Finnish members and residing under the British Section – merely sent a list with names to Adyar, but not the application forms. These only arrived in 1904. That raises the question when the first Swedes actually applied for membership. Their ‘real’ date can only be found on the application forms themselves, which are also stored in India. Some facts point in the direction of late 1888.

Another running characteristic of the Swedish community is the relatively large quantity of resignations. In the years up to circa 1902 the Swedish theosophical community had a highly fluctuating population. In 1896 the exodus of members is of extraordinary proportion compared to other countries. It looks as if the Swedes were truer fans of Katherine Tingley, the president of the (in 1896) seceded ‘Theosophical Society Pasadena’. The split surely disrupted most countries, but in Sweden the effect can almost be compared to the secession of the Anthroposophical Society in Germany.

Even more extraordinary is the fact that relatively many members were expelled. This can be interpreted in two ways: either the Swedish secretary regarded members as detrimental to the movement and reported that to the Headquarters in India, after which measures were taken to remove the members from the list, or the leaders of the Society themselves held that opinion and decreed the Swedish secretary to expel the members. In any case: I haven’t seen any country in the General Register with so many members in this category. The dust seems to have settled shortly after 1901-1902. 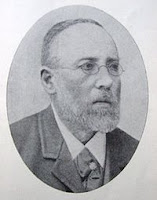 The Swedes who laid the foundation for a Swedish Section of the TS (I will use the abbreviation from now on ) belonged to the higher ranks of society: nobility, science and press. Instrumental were the journalist Axel Fritiof Åkerberg (1833-1901); Baron Viktor Pfeiff (1829-1901), who became chairman and was a true fan of the British rationalist philosopher and ‘founder of social democracy’ Herbert Spencer, but at the end of the 1870’s he moved to embrace spiritualism and theosophy; Baron Henryk Rudolf Cederschiöld (1842-1908), who had studied painting at the academies of Stockholm and München; his noble wife Amelie Hilda Maria Cederschiöld-Sterky (1853-1934), who became the first corresponding secretary; and Oskar Zander. Zander (1835-1920), who became the first secretary until 1902, was a physician, orthopedist and one of the originators of ‘mechanotherapy’, a machine-aided form of physical therapy. Otherwise said: the founder of the fitness studio. Studying the TS membership lists unearths interesting and innovative people, as more of my entries in this blog have shown. 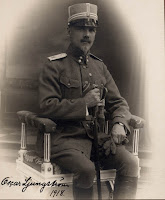 Under this high-profile leadership some 150 people became a member before February 1889. Among those were the brothers Oskar (1868-1948) and Georg (1861-1930) Ljungström from Stockholm, sons of a cartographer and otherwise a family deeply involved in the invention of revolutionary precision instruments. Georg worked as a state cartographer in the state's general power plant. Two other brothers, Fredrik (1875-1964; his first wife was a theosophist) and Birger (1872-1948; his daily job was also being a cartographer), became the inventors of the steam turbine, bicycling hubs, automatic transmission for vehicles, and many more technical solutions. The brothers formed associations with top industrialists such as Alfred Nobel and John D. Rockefeller. In other words: this Ljungström family was at the heart of mining- and steel industry in Sweden and belonged to the class of Swedish billionaire industrials.

They had other interests apart from their work. Georg Ljungström was a prolific poet, whose poems were avidly read by the writer and painter August Strindberg. Oscar joined Katherine Tingley and became her fanatic follower and moved to Point Loma. Oskar’s daughter is said to have walked around in Point Loma with a sign around her neck stating ‘I have sinned’. The Ljungstrom family had a pietistic background; they were raised as members of the Moravian Church. Contrary to the brothers Oskar and Georg, their brother Axel joined the TS on 5 February 1898 and remained a member. It shows how modern theosophy could draw ideological division lines even within a family.

Fredrik’s daughter, Ulla Signe Ljungström,married Thorsten Magnus Cassel (1907-1974). He was a son of Edvard Magnus Cassel, born 1876. His father, Per August Cassel, was the proprietor of the iron and wood mill Svanå Bru in Västerås and thus an iron and forest engineer. The site dates back to the 1300’s, the villa to the 1670’s, while somewhat later an English park was added. Clearly a residence of, once again, the wealthy Swedish industrial upper class.

Edvard Magnus Cassel was the brother of the painter Anna (Anna Maria Augusta) Cassel (1860-1936), Hilma af Klint’s friend and member of the Group of Five, and Lotten (Charlotta Wilhelmina Josefina) Cassel (1858-1908). In Stockholm Lotten became a member of the TS on 1 November 1895, roughly nine years before the women of the Group of Five became a member. So Lotten must have known Georg and Oskar Ljungström face-to-face as fellow members, as the brothers resigned from the Society only in September 1896.

In this context a reevaluation of the position on Hilma af Klint within The Five is called for. As I have posted before, the biography of Hilma is very fragmentary and has not seen much development after her work was first exposed to the world in the exhibition The Spiritual in Art: Abstract Painting 1890-1985. Every biography has many angles and dimensions. A biography is never complete (if ever) when you don’t measure the life of one against the other. There are plenty of question marks left in the story that has repeatedly, without much variation, been told about Af Klint. It is the ‘other side’ I want to draw attention to. There is not only a biographical component to it, but also the history of theosophical thought in Sweden and the position of The Five in it, and both are more complicated and enlightening than previously pictured.

Read Part II: The Edelweissförbundet and The Five