WTF?! The artist is granted a PhD


Since1850 freedom of press became the pillar of a democratic state. Freedom of press was the starting point of an avalanche of artists manifests. Modern art is a direct outcome of this development until today, and so is the artist as being the primary voice and explicator of his artistic goals. This mechanism has in effect become a solid part of modern tradition. That tradition we would now call “branding”: creating your USP’s through your work and your manifests, and creating your own market through as much followers as possible. 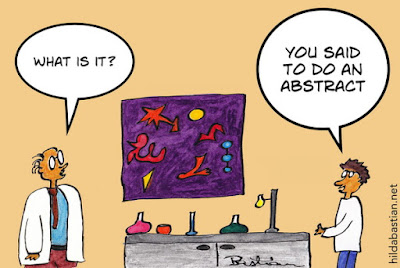 The university has now become one of those followers. Recently the University of Leiden launched a chair for the “art sciences”, through which artists can acquire a PhD. It’s officially called “PhDArts at the Academy of Creative and Performing Arts” and is a collaboration between the Leiden University and the Royal Academy of Arts in The Hague. The chair is led by the art historian and (former) art critic Janneke Wesseling.
A new chair may not seem so much of a novelty, but this one is: the artist receives his or her PhD. In other words, the artist receives up to five years of state funding in order to write his own artistic manifesto. Which artist would balk at this? A secure income and academic branding can’t be detriment to an expansion of your public prestige, can it?

Art history students don’t acquire significant practical knowledge of art techniques and practices. But like the well-known art historian Katalin Herzog, who regards her earlier training as an artist as vital to her insights into art history, I was also first trained as an artist. It helps tremendously in investigating the creative process of an artist. It sharpens your visual analysis, questions and conclusions. A small but instructive example: recently a picture of Mondrian emerged, holding a palette knife in his hand while working on his Victory Boogie Woogie. A real art historical scoop! But an artist looking at the work doesn’t need such a picture. You see it instantly in the painting itself, because you know the technique. That is cognitive knowledge, which you can apply within art science. In this respect the art historical training fails. But that gap can’t be closed by now bombarding artists into scholars.

Art science originally belonged to the tradition of “verstehen” – the German-speaking tradition that has shaped the humanities as a counterpart to the natural sciences (“erklären”). In postwar art history “erklären” came to play a greater role. In a deliberate effort to purge the academic system of anything smacking of Fascism, the scientific establishment abruptly shifted towards the Anglo-Saxon system based on “Erklärung”. Since that time, verification and falsification are the fundamentals of all current scholarly disciplines. As a student of art history you are taught, expected and required to take on a meta-stance towards the subject of your research. You are obliged to adhere to the “checks and balances” built into scholarly research methods to attain a high degree of objectivity.

On the basis of scientific criteria therefore "self promotion" of artists in their PhD’s can’t be part of Academia. Unless artists comply with the rules of academic research. To picture a parallel image: I would like to come across the first art historian who writes, or is allowed to write, a PhD on his or her own work. 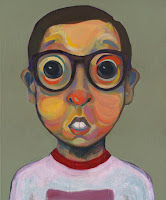 The conception of Janneke Wesseling – who, incidentally, herself received a PhD, so she should know the fundamentals of her own discipline – is incomprehensible, incorrect and also dangerous for art history, namely that: “... [in the artist’s speculative research the] research methodology [should be: methods] is indeed not given in advance, but is derived from the self-imposed task of the researcher - as is indeed the case for the majority of humanities research [my emphasis].”


Excuse me? Many of my colleagues, including those of other disciplines in the humanities would cringe at this statement. Otherwise said: by “upgrading” the artist’s speculative research to scholarly research, the image is perpetuated that the “art sciences” essentially is not an academic discipline. Unfortunately, I also know plenty of scholars who would wholeheartedly agree with this. Well, then art history itself is to blame for such an image. Put in modern terms: its branding has failed and does not fit the image and framework of Academia.

As a result of the democratization of education after 1945 the academic degrees have become more and more the primary yardstick of intelligence and success (read: income). Hence the “academies of applied sciences” (higher vocational education), such as the Royal Academy in The Hague, strive for academic prestige. At the same time the university makes a turn “downwards” to become more vocational. Because a more vocational training is probably more “socially relevant” and may offer better and broader employment opportunities.